Okay.  So I'm doing this Challenge thing.  Anesthezea at I Heart Paperbacks set it up: The M/M Romance Challenge.  And part of this requires one to post reviews of the books one reads.  Why do I do this to myself?  As I've mentioned elsewhere, I'm of the "I don't know why I like it I just do" school of reviewing.  And while I don't want to dwell in the land of summaries, I find I am sort of obsessively compelled to do that.

Oh, who really gives a crap?  Here are a few books I've read, along with a few scattered notes about them: 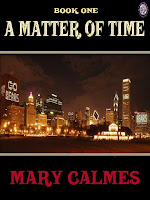 These 4 books are really one very long story.  Jory is a gorgeous twinkish guy who works for Dane, a gorgeous and renowned architect.  He witnesses a murder but won't go into protective custody.  He's trailed by Detective Sam Kage.  We read about Jory's adventures, falling in love with Sam, who seems to be straight but falls in love with Jory.  They have a lot of Stress and walking away and coming together.  Jory gets shot at some.  He gets kidnapped, saved, shot. Sam leaves for 3 years to go undercover, and when he returns Jory has to come to terms with his feelings and fears.  The sex is hot, with Jory loving how dominant Sam gets and Sam knowing it. Jory gets kidnapped again. Somebody gets killed. Sam gets hurt in an explosion.  Jory goes on a quest to figure out the killer... But everyone lives happily ever after.  Yes, it’s melodrama on a grand scale but I enjoyed it.  Except when I was grinding my teeth over the editing, especially the punctuation. Jory is the first person narrator, and I liked that because he was a little unreliable.  He was particularly entertaining in the fourth book, where he just matter-of-factly goes off on his own to catch the killer and has everyone on the other end of the phone completely aggravated.

Kieran has been kidnapped by "Death" (see book 2).  Gaige is left to be the lord of the draegons, and has to learn to believe in his magic powers, which are really getting to be strong.  He orchestrates the move from the camp to Kellesborne.  His visions help him learn things but take a physical toll, and he is helped by his grandmother in his search for Keiran. Gaige and his group discover that Byram is using other beings to help his armies and decimate and overtake towns.  Lots of movement, adventure.  Still, I felt this was not as engaging as the first 2 books - maybe because the two men are separated through most of it.  It’s clearly a lead-in to the next installment.

Jade grew up in the theater, with his performing mother.  She sends him off to find a real job at age 18.  He ends up as secretary to a man, Marcus, who turns out to be a Dom. Jade becomes his slave, and is introduced to the BDSM world,  but a stupid mistake causes Master to send him packing. A few weeks later, Jade is working at the Royal Pavilion and Master is a guest.  Jade discovers that several members of Parliament want to get Marcus ousted from his position and so works to prevent that. Told in first person, Jade's voice. He is an amusingly dramatic self-professed "nancy boy."  My take on this is that the story is being told tongue-in-cheek.

A sequal to Finding Home. Adam asks Rhone to marry him.  They go to a Vermont resort. They get themselves involved in a business-marriage between the resort owner's daughter and her male friend. They also get involved in a possible abuse case where two hotel workers are involved. There may be a little more than necessary going on with the two subplots, but I think it was done at least partly to show you can take the boys out of the office but you can’t take the detecting out of the boys. Lots of hot, steamy, Cameron Dane style sex, which is probably why I liked it.

Richard is raising his grandson, Nick.  Logan is a retired marine come to live in the house his dead lover left him.  The men are attracted and do the push me pull you thing to get to the love.  Richard keeps saying/thinking that Nick is his first priority, yet never hesitates to jump in the sack with Logan in the middle of the day. There is some anxiety-drama near the end of the book involving Nick and his estranged mother and her new boyfriend.  I liked the men; the boy seemed a little old for his years, but he’s had some tough breaks. ZAM is a good storyteller.  My complaint:  The 'age' thing.  They are 45, maybe 50 years old, but such a big deal is made of this that you’d think they’re 70.  That may just be perspective, depending on the age of the reader, though. Just sayin’.
Posted by wren boudreau at 10:23 PM