Getting Published (my story)

I’ve seen in a couple of places now people asking about the process of getting published. I’m sure it’s different for everyone, so I’ll tell you how it went for me, but in a nutshell sort of way.  If you want to conclude at any point that “nutshell” is appropriate because I belong in one, please, be my guest.

I guess I started reading m/m in the fall of 2006.  Kind of stumbled upon it and wow - I was hooked immediately.  Something about the dynamics of two men in a relationship really spoke to me as a reader, and I devoured a lot of books. I experienced the wonderful spectrum of quality that exists in these books.  Periodically I’d say to myself, “Hey, I could do better than this.” (Then I’d read something by Josh Lanyon, or Jordan Castillo Price, or JL Langley, and I’d say, “Nah. It’s not that easy. I’ll just keep reading.”)  (There must be some mystery associated with “J” names.)

Then in late 2008 I stumbled across a contest a publisher was having. I literally wrote the book in a month’s time (my own private nanowrimo). Every entry was supposed to get editorial feedback, which I thought was great, since I didn’t have any beta readers or critique partners and lord knew I couldn’t ask my real life friends to review because holy crap the book has man on man sex in it!  I just looked at it as a chance to see if I really could write something others might want to read.

Well, I never heard back from the publisher, except for the automated we-got-your-document response.  So I wallowed in bitterness and anger for a while, then segued into self-pity and finally acceptance that I probably suck as a writer.  A few months later, don’t know what possessed me, but I opened up the story file and re-read my book and thought, “This needs a lotta work.  But it isn’t too awful.”  So I revised.  And sent the synopsis and three chapters to one of my favorite publishers, Loose Id.

Lo and behold!  They wanted to see the whole dang thing! And after they read it, well, wonder of wonders, they wanted to publish it.  And la, ta da! (I got the acceptance e-mail while on a cruise ship off the coast of England.  Never was I so happy to have hauled my laptop everywhere.)

After Loose Id accepted the manuscript, and I signed and returned the contract, the editor I was working with had the unenviable job of telling me all the stuff I did wrong.  She also told me some of the stuff I did right, which is really important because my fragile ego might not otherwise have survived.

I’ve learned way more than I ever expected to about the editing process and my own writing.  For example, I had no idea that my characters were excited about everything - it’s amazing to see so many exclamation marks deleted from one document! I learned that when your editor says “add a few lines here” she doesn’t mean five pages.  I found out that after you read your own story five or so times you get really sick of it, but after you read it eight or ten times you really see where you should have done about 75% of it differently.  There was other important stuff, but let’s not kill ourselves with details.

All of this goes on electronically by the way.  In word documents, tracking changes and such.

There is a copy editor who goes over the manuscript.  She’s the one who confirms or fixes the manuscript for house style, spelling and grammar errors that have slipped, and continuity. And then a production editor reviews it. I liked this part because she commented with little notes when she particularly liked something or thought it was funny.  Still, it was at this point that I had moments where I thought I should yank out pages and rewrite them.  Of course, that was not possible.  I didn’t even tell anybody that.  But I thought it. Gah!

Loose Id sends its authors forms to fill out for information for promo and blurbs and cover design, so how well you complete those is important. Somewhere along the way I got a look at a rough draft of the cover.  I almost squee’d myself to death because it was done by P.L. Nunn.  She has done some of my favorite covers - I confess I often buy books because her art graces the cover.  Then the final version of the cover arrived, and I was told I could use it, show it off, etc.

That’s when I started my blog - so I had someplace I could put that pretty picture!  Well, I also needed to create an online presence.  The e-pubs don’t have the budget to do much in the way of fancy marketing, etc., so authors really have to get in there and do that.  Some are great at it, some don’t even have a blog or website or contact info.  Some are in-between.  It’s difficult for the introverts in the group! 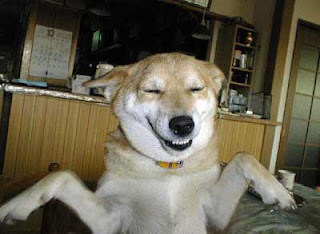 So I now have a published book.  I’m pretty darned pleased about that.
Posted by wren boudreau at 7:07 PM