So where did I leave off? (To read the first part of Crazy Antics, go here.)

Oh, yes.  Boy was telling DH and me that he and cyw moved their action to the back room. (Just an FYI, I'm not clear on the contents of the back room.  It sounds a little spartan, as in no soft furniture to settle on.  Maybe it was the ubiquitous "storage room.")

me: *wishing I could raise just one eyebrow* The back room, eh?

Boy: So we were on the floor in the back room, sort of rolling around.  She liked my hair, 'cause she kept running her fingers through it while we kissed.  She loved my arms, too.

me:  And how do you know that?

Boy: She said, "I love your arms."  *turns toward his father*  See Dad, I told you that you don't have to do curls for girls if you do all the other stuff. 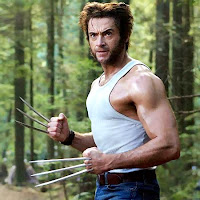 Boy: *laughs and then wraps his arm over his right side* Ow.  Don't make me laugh.

Boy: So I used some of my best lines and moves.

me: You have lines and moves?

Boy: *looks affronted*  Yes.  Like "I think you have some wine on your lips."  And when she was impressed at how fast I was able to unhook a certain female undergarment, I joked, "Yeah, you don't know how many hours I spent in Victoria's Secret figuring that one out."  That one got me some good laughs.

Boy: Well, all this is going on, and we're sort of rolling around and stuff, and suddenly, out of nowhere, for no discernible reason I get this shooting pain in my side.  It was awful.  Seriously, I thought I was gonna throw up.

Boy:  Well come on.  I wasn't going to stop what I was doing just because of some pain.   You have to give me credit for getting in some good lines and moves and making her laugh while I was trying not to pass out.

me:  So, it wasn't like she elbowed you or kicked you or like you hit any furniture or anything?

Boy:  We made out for a while.  But I had to stop before things got too far.

Boy:  No.  I didn't have any protection with me.

me: *stunned*  You don't carry a condom in your wallet?

Boy:  No.  I think, I dunno, when you're just meeting someone, well, I think that's kind of sleazy.   And, the fluctuation in temperature while it's in your wallet makes condoms degenerate faster.

me: How do you know this?

Boy:  Ma.  When you're a sexually active teenager, you do a lot of internet research.


A little while later, after he ate and showered, Boy was in a lot of pain.  DH and I used rock/paper/scissors to decide who'd go with him to medpoint.  I lost, but then DH changed his mind.  Or I might have pouted just enough.    Anywhichever, they returned about two hours later, with Tylenol w/ Codeine and a muscle rub in hand.

Boy: *ignores Dad and rubs goop on his side*

He hadn't fractured anything, but apparently had strained his oblique muscle.  Further research informed us that this can be a pretty bad injury, with different levels of severity and requires some down time so you don't really yank it and need surgery.  The best way to avoid such a strain is to make sure you stretch properly before any activity. 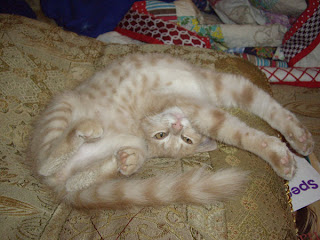 Make sure you do enough stretching before you partake in any
level of physical action.
Especially the kind you don't experience much.
Boy: When I checked in at the front desk, the lady there asked me if this was a work-related injury.

DH:  That was the best laugh I've had in days.

me:  What did you tell her?

DH: Then he got to go back and see the doctor and I had to sit and listen to screaming kids.  One of them pooped his pants and smelled up the whole waiting room.  There should have at least been a broken bone involved.


And there you have it.  There is a chance that Boy will get together with cyw while he's here over Christmas.  If any further crazy antics ensue, I'll let you know!
Posted by wren boudreau at 8:15 AM